Importance of steady condensate flow in an evaporation system 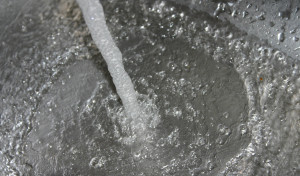 GLM Hydro Evaporator Problem Solving: – During the course of many falling film and forced circulation evaporator optimization jobs I often see issues of unstable performance of the evaporation systems. There are several issues that can cause an evaporator fluctuating in performance. Sometimes it is a combination of events which all have to be checked and fixed one by one in order to unravel and, more importantly, fix the problem.

In one case it became impossible for the operators to run the falling film evaporator on the limits of its capacity because the system was constantly fluctuating. This resulted in an over- and under-concentration of the product. Temperatures and pressures were all over the place and the unit was basically out of control which created a discouraged team of operators and a very frustrated manager.

I was called to look at a problem which had developed over time. This particular falling film evaporator system is equipped with a Mechanical Vapor Recompression (MVR).  It turned out that even the power on the MVR motor was unstable in the same pattern as the entire system. After studying the pattern of the instability and ruling out some of the other process conditions that could have caused the instability in the evaporator it became obvious that the condensate discharge flow was causing the issue.

We renovated this system with some simple modifications. Now the system can be operated on the design conditions without the constant over- and under-concentration. This proves that some relatively simple changes can make the difference between a frustrating production run and a smooth evaporator performance.